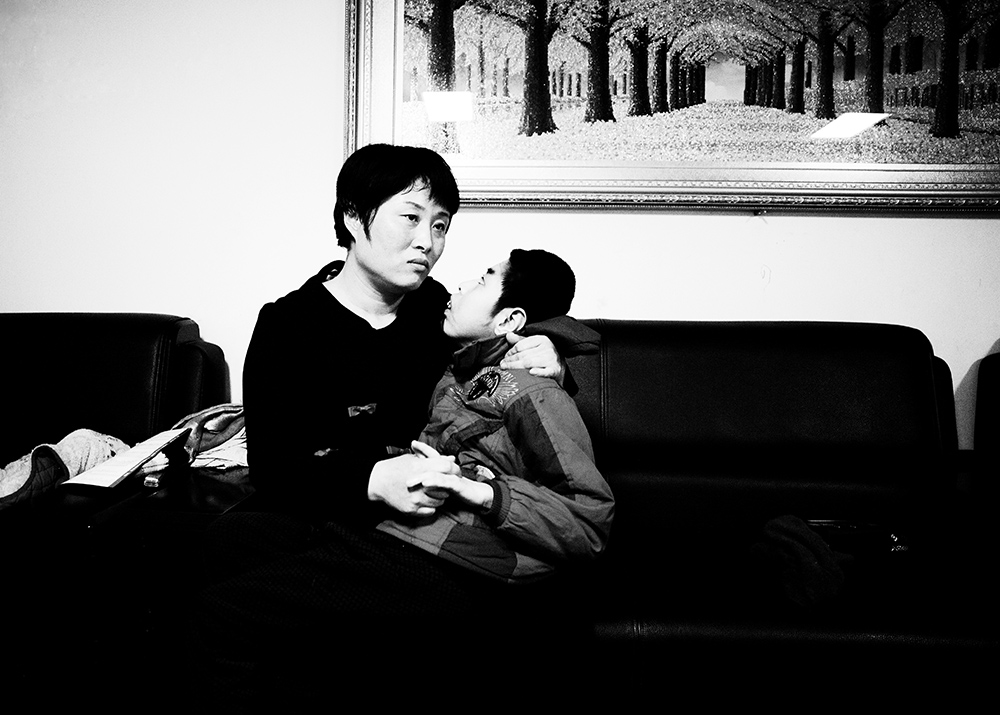 As a baby Tian Peng fell ill with brain hemorrhage supposedly due to a lack of vitamin K. When Tian Peng was a kid, friends advised the parents to simply abandon him as there\'s neither enough help nor support in China apart from a small NGO. Tian is unable to speak, think, walk and needs help for everything.

Chinese attitudes towards people with disabilities have improved in recent years, but the support of society and opportunities in education and employment are scarce.