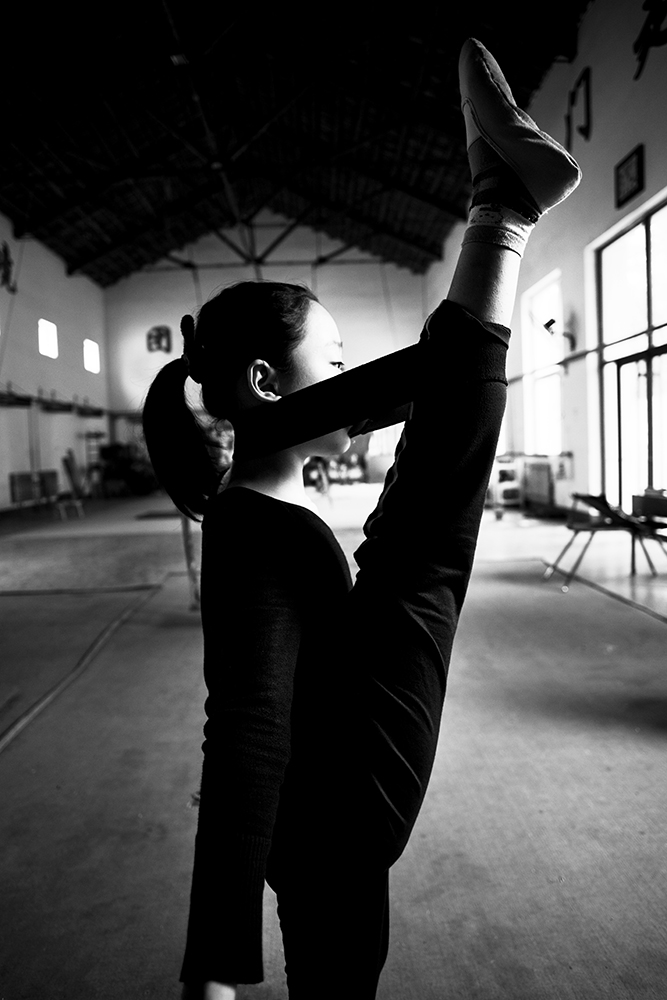 A young acrobat apprentee from the countryside lifts one leg into the air for 30 minutes with a bandage around her neck during her daily training in an acrobats' school in Wuqiao, China.

Acrobatic performances belong to Chinas variety arts and have existed for centuries. Acrobats originally were to entertain poor villagers in the countryside. Nowadays it's a profession for young people from the countryside seeking a better life in China's big cities where they lead a life as outcasts. Their monthly income is not enough to participate in social life , let alone to have private lifes. The troupes often live together in basic housing such as dorms and it's difficult to break out.