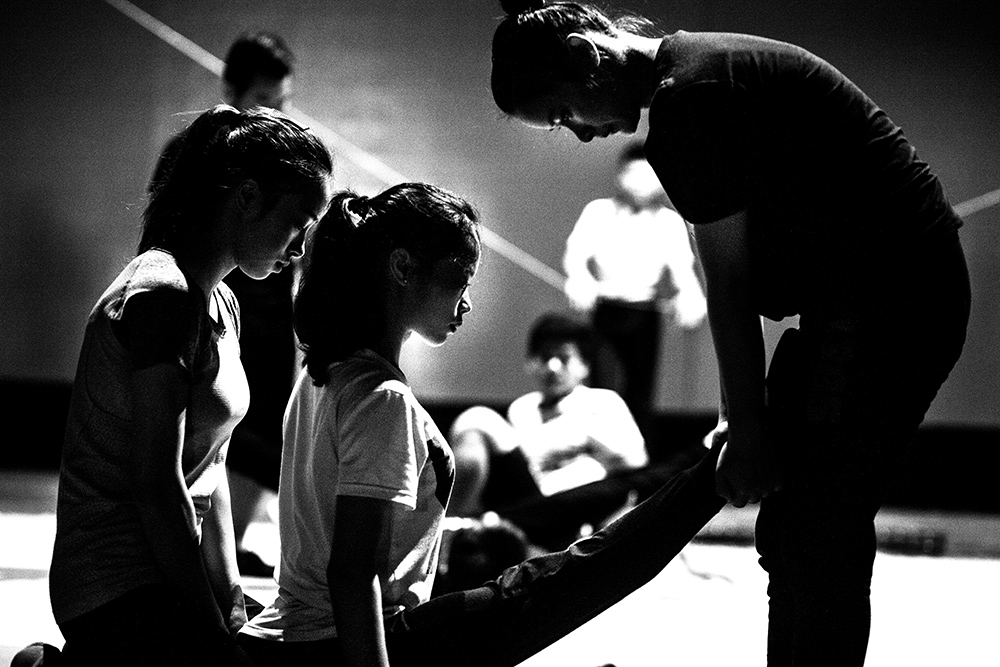 Acrobating performances were recorded for the first time more than 2500 years ago as cheap entertainment for locals in rural China with special shows for the Emperor by the best troupes. While China has seen a dramatic transformation over the years, one component that has not changed is the fact that acrobatic performances are still seen as cheap entertainment, this time though with affluent cities such as Shanghai or Beijing in the background where performers from poor rural backgrounds feel uneasy or as one of my main protagonists from a theatre in Beijing says :” We are the underbelly of society. City people look down on us as we are considered old fashioned and penniless.”

As seen in the images below, immense self -imposed discipline, personal sacrifices and rigor, are necessary to survive daily practises.