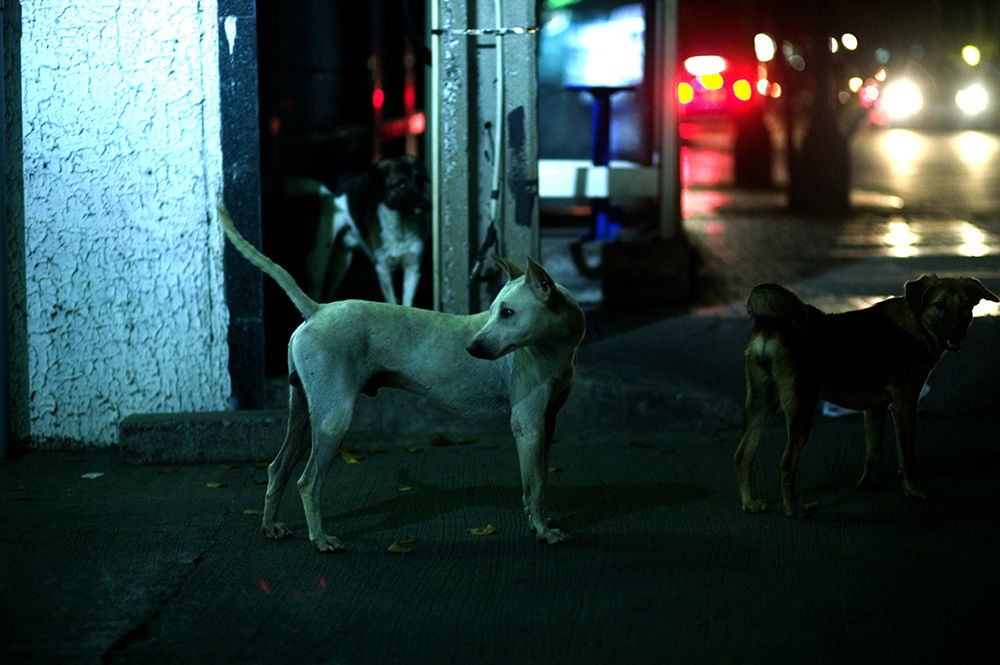 BANGKOK, NOVEMBER 27, 2008: abandoned dogs in Bangkok, November 27th 2008. The campaign by the PAD, which began in earnest in May, has paralysed the Thai government. The group - an alliance of royalists, businessmen and the urban middle class - claim that the government is corrupt and hostile to the monarchy. They also accuse it of being a proxy for former PM Thaksin Shinawatra, who remains very popular among Thailand's rural poor.