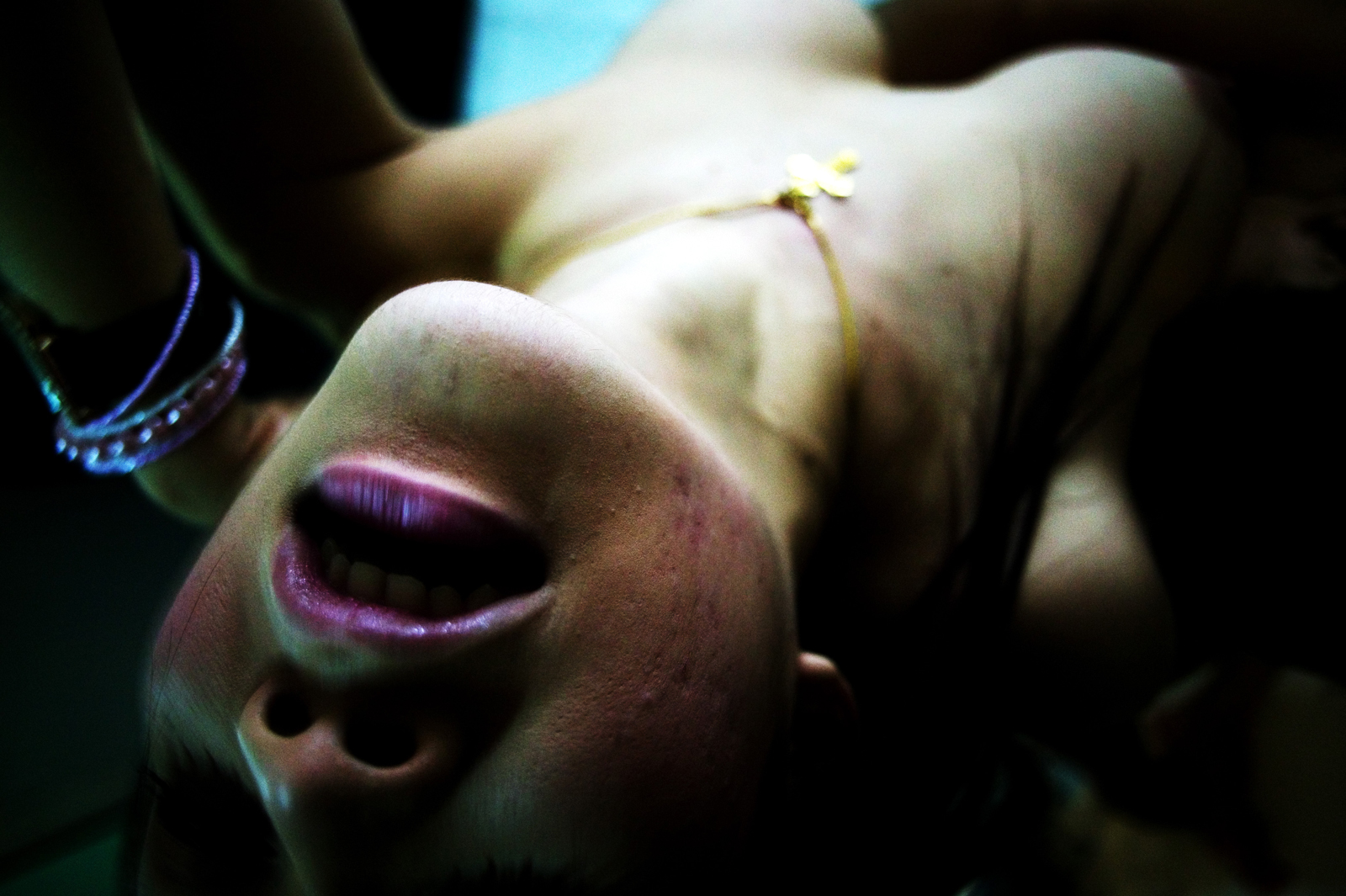 BANGKOK, NOVEMBER-29 : Sophie, 21, a prostitute with a client in a short-time hotel,Bangkok.

Sophie initially worked in a food store, but switched to prostitution as she could never make as much money elsewhere without any higher degree. She says in an ideal life she'd be a flight attendent or a find a foreign boyfriend who takes her overseas. She's a Buddhist and her daily job starts and ends with a prayer to a Buddha statue in Nana Plaza.

Thailand has an estimated 2 million prostitutes, 70-80 percent of whom are infected with HIV. Yet to the women working the streets or bars, most of whom have little to no eduction and work simply to survive, these numbers do not deter them from leading such a risky life. The fact that prostitution is a profitable sub branch of Thailand's booming tourism industry, many women do not seek a different lifestyle, and harbor the hope that they will be lucky and find a foreigner who will take them to their country.