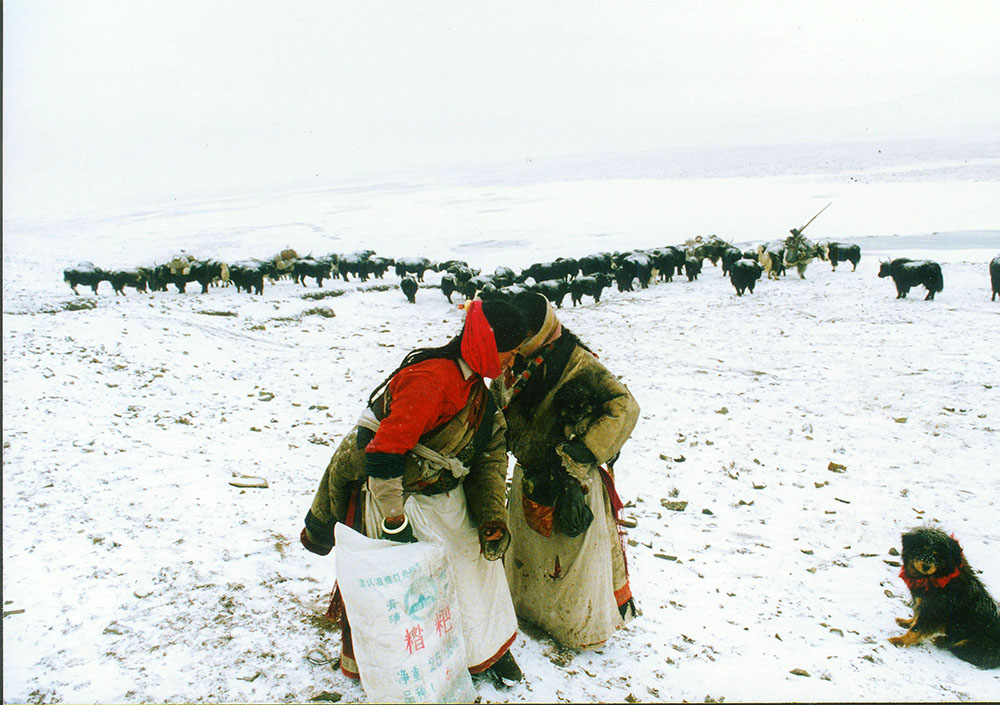 Tibetan herders with emergency donations after experiencing the worst winter storms in more than half a decade, Yushu (Tibetan autonomous ) prefecture, Qinghai, China.

From September 1995 to spring 1996 Qinghai experienced the worst winterstorms in more than half a decade preceded by a summer drought. By the end of April 1996, 400.000 Yaks had frozen or starved to death along with the same number of sheep and goats, in all 40 % of the region's dimesticated animals.

There are different theories about the degradation of Qinghai's ecological problems. Some blame the herders and overgrazing of the grassland.

However, erratic wheather conditions such as early winters, summer droughts and rising temperatures are happening. "In reality, global climate change is the real culprit behind the ecological changes on the Tibetan tableau", explains Wang Yongchen, founder of Green Earth Volunteers.