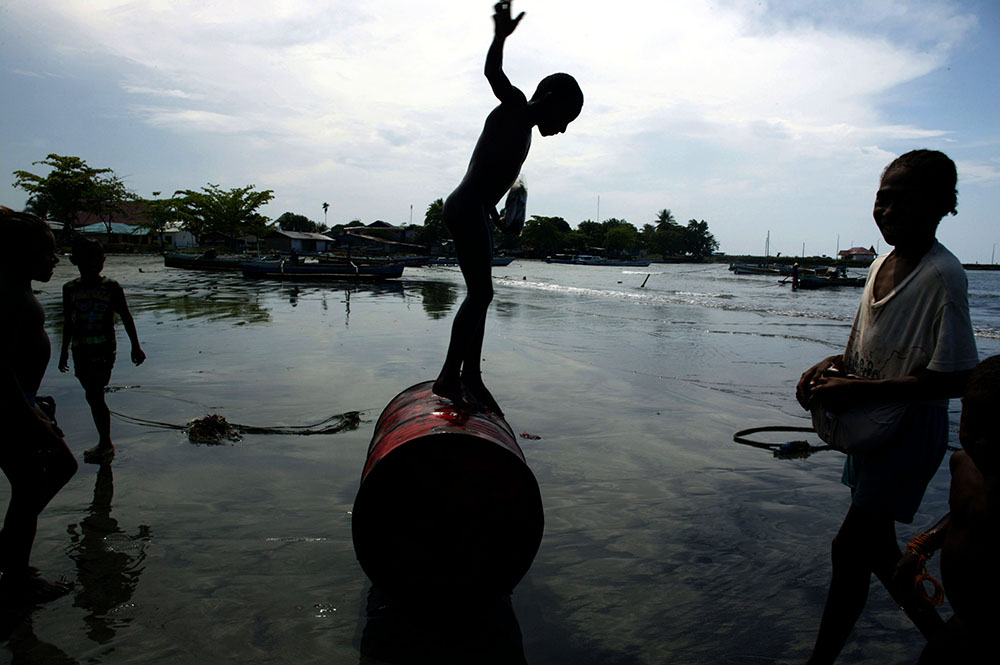 A child plays with an empty fuel barrel at the beach in Sarmi, West Papua. In the Sarmi region of Papua , attempts from national and foreign companies to buy the rainforest have been turned down by Sarmi's govenor. (Logging is one of the major causes of destruction in West Papua). He thinks it's not a solution to destroy Papua's rainforest and replace it with oil palm plantations as those take about eight years to grow until the first harvest. He rather encourages Indonesians from other islands like Java and Sumatra to move to Papua and find jobs in the fishing industry or settle in the rainforest. Should the government ever try to allow companies to explore the rainforest in Sarmi , there'd "be trouble" with the locals. Sarmi is seen as a positive alternative to the destruction of the rainforest in other parts of Papua .