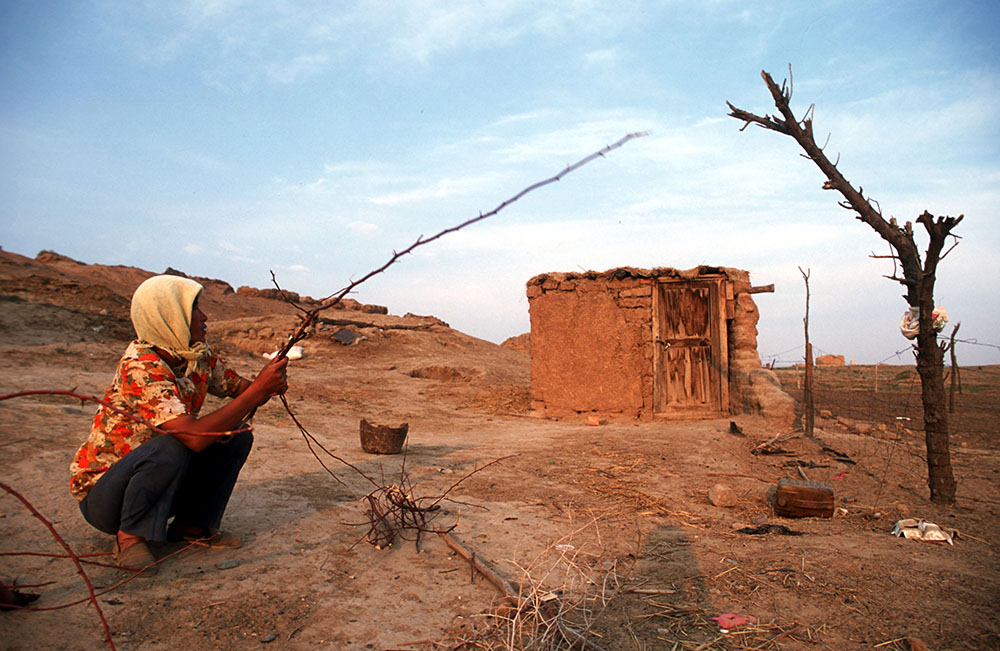 
a sheperd from the Hui minority breaks firewood outside a shack on barren grasslands in central China's Ningxia province. According to the UNDP, desertfication has devoured 55.8%, or 2.89 million hectares of Ningxia's total terrain. An additional 1.21 million hectares grassland and 132.000 hectares farmland are under the threat of dsertification. The livelihood of inhabitants in 13 cities , 40 townships and 600 villages has been severely affected and the region's vulnerable natural environment is also at stake. Ningxia is one of the major sources of sandstorms which have a major impact on Northern China.