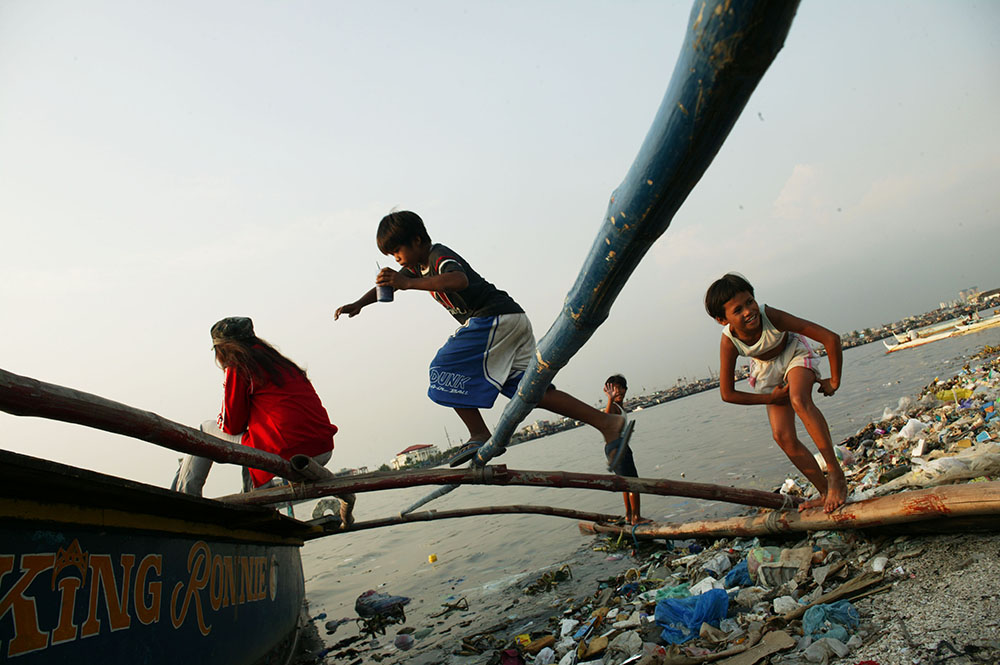 In Metro Manila an estimated 37 % of the population or over 4.0 million Filippinos lived in slums in 2010 and slum population growth rate is at 8 % annually according to a report by the Philippine Institute for Development Studies.

The Baseco slum, for example has been built directly on reclaimed swampland behind and on top of the sea wall which protects the Baseco Bay.

This settlement is particularly vulnerable to hurricanes and tsunamis due to its location.

The Philippines are considered one of the most disaster prone regions worldwide. The country ranks 12th among the 200 countries most at risk for tropical cyclones, floods, earthquakes and landslides according to the 2009 Mortality Risk Index of the UN International Strategy for Disaster Reduction.

The impact of climate change is likely to increase the occurence of extreme weather conditions. The urban environmentally poor would be suffering more from the changes than other groups of urban dwellers since they are most exposed to natural disasters. (Archival photo)