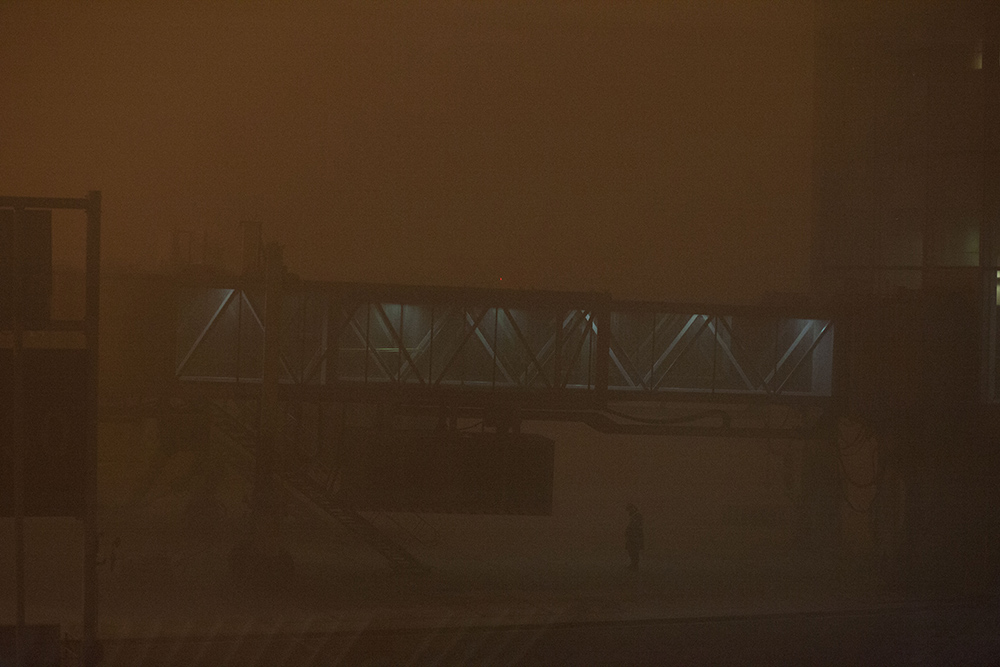 Due to heavy smog which reached more than AQI 500, hundreds of flights were cancelled and/ or delayed over Christmas at Beijing's Capital Airport.

During a red alarm warning some industrial companies must stop or limit production, outdoor construction work will be banned and primary schools and kindergartens are advised to cancel classes. Even healthy people should try to avoid outdoor activity and choose public transportation.

Air pollution is a major environmental issue in fast developping economies such as China.