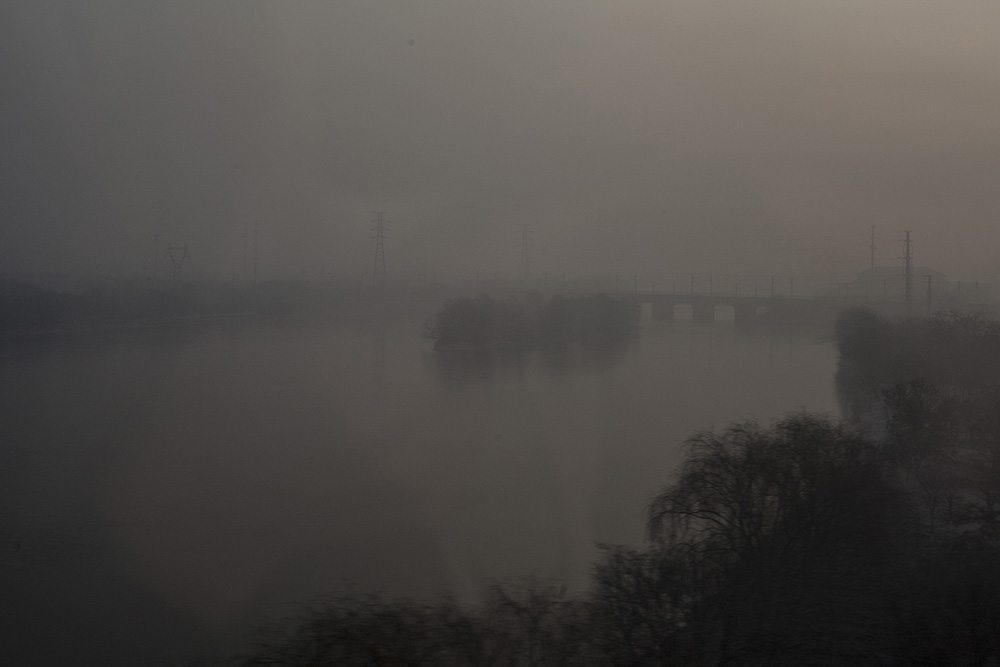 One resident said her lungs felt “extremely uncomfortable” after she went walking outside for just a few minutes.

The amount of PM2.5 and PM10 recorded in Shijiazhuang was greater than 1,000 micrograms per cubic metre at around 1pm, according to Xinhua. Both are types of suspended respirable particles that pose a risk to human health.

Air pollution usually worsens in northern China during the winter, as coal is used to heat homes. Beijing issued a red alert for smog in mid December 2016, its first of the year, and 10 cities in Hebei have followed suit.

Under China’s four-tiered warning system, a red alert will force suspension of factory production and school classes, as well as traffic reduction measures.

In China alone, more than 1.6 million people die annually from air pollution. Heavy coal use has resulted in high carbon emissions. Although China has reduced greenhouse gas emissions by 250,000 tons, the nation continues to emit 25 million tons of greenhouse gases, according to Environment Minister Chen Jining. Enforcement of environmental laws has improved, but slowly, and air pollution continues to be a fact of life in most cities.

This has contributed to an accelerated pace of climate change, which has been noticed in the past few years. According to scientists at the Pacific Northwest National Laboratory, temperatures are rising at a faster rate than they have in the past 1,000 years, about 2.5 times as rapidly according to Forbes magazine. #climatechange #Katharinahesse #china. #airpollution #smog #everydayclimatechange