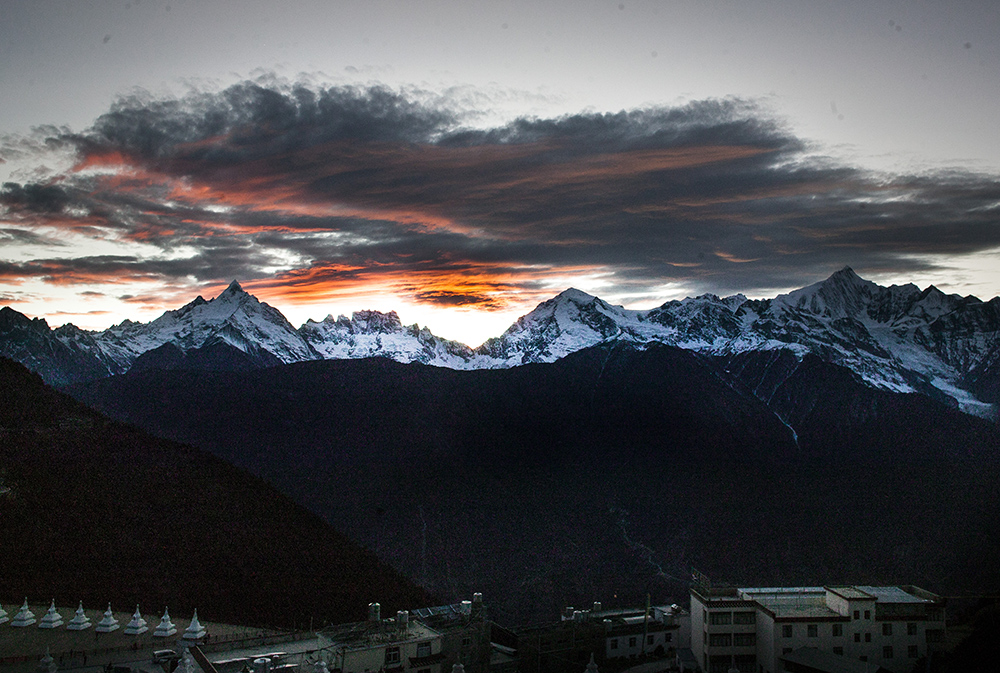 A view of the Meilixueshan or the Meili Snow Mountain range that lies along the eastern edge of the Tibetan Plateau, Yunnan province, China.

The Tibetan Plateau contains the world's largest store of ice. According to Qin Dahe, former head of the China Metereological Administration "temperatures are rising four times faster than elsewhere in China, and the Tibetan glaciers are retreating at a higher speed than in any other part of the world. In the short term, this will cause lakes to expand and bring floods and mudflows. In the long term, the glaciers are vital lifelines for Asian rivers.... Once they vanish, water supplies in those regions will be in peril". #kawagarbo