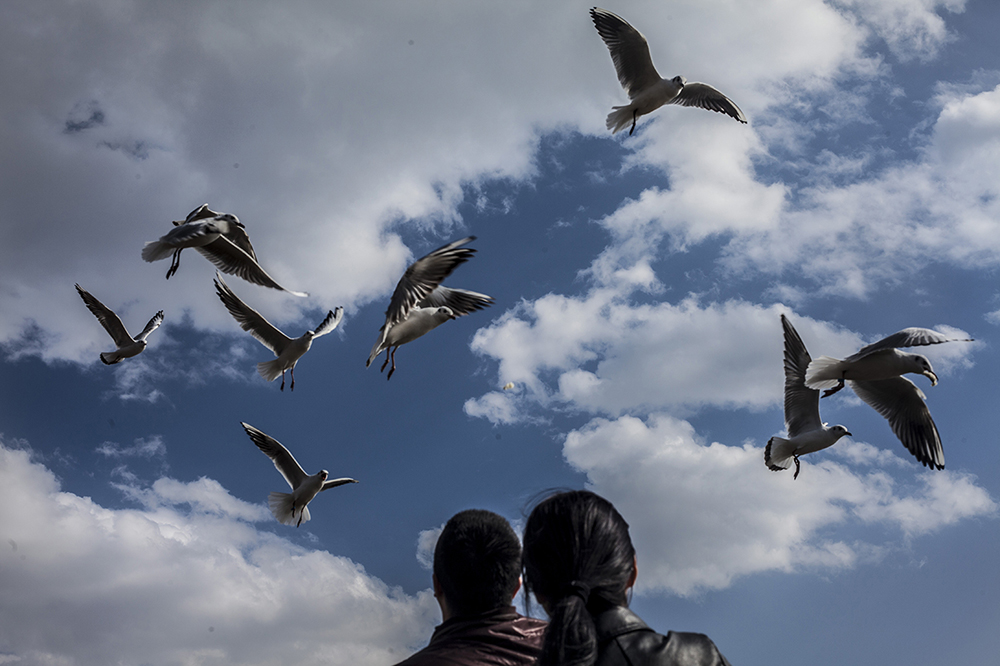 Dianchi lake has seen an increasing number of seagulls during recent winters, which could be attributed to the mild climate around the lake as well as strengthened protection by local government policies. In fact, according to researchers, the region around Kunming has experienced much more severe temperature increase and precipitation decrease in recent years.

The gulls mainly migrate from Siberia’s lake Baikal, Uvs Nuur Basin in Mongolia, and Bosten lake in China's Xinjiang region. Since discovering Dianchi lake first in 1984 , they’ve been back every winter, setting a record in 2015 when the number of seagulls exceeded 40,000 for the first time.