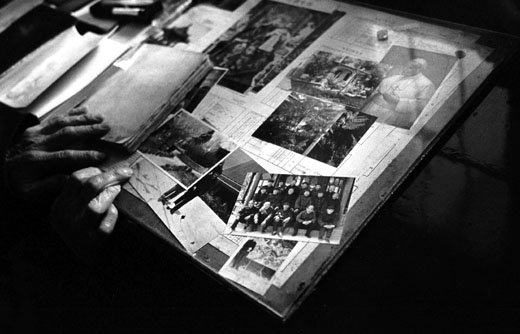 An “official” bishop shows an album with photos of fellow clerics, most of who have passed away. Like him, they were persecuted during the Cultural Revolution and some became “official” under pressure from the government. However, the bishop maintains that as the clerics were ordained before 1949, they were all loyal to Rome